Amazing Ladakh Tour trails around the white lands of grace and coolness popularly referred to as Ladakh. The journey to mysterious mountains of moon land begins from Leh, the capital of Ladakh.  Ladakh is one amongst the foremost appealing lands within the mountain range that attract tremendous rugged tourists to undertake their best luck amidst the mountains with sheer walls of rock and snow, dividing the Indus Valley from Tibet, Kashmir, and Himachal Pradesh. Ladakh Tour Package  will get you acquainted with the irresistible beauty of Ladakh. In addition to all the charms of this magical land join this fun-frolic and captivating tour to step into the fantasyland of Ladakh! 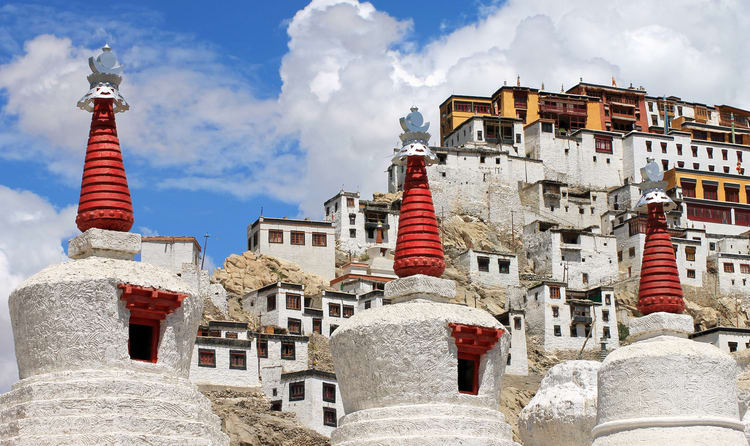 Arrival at Leh airport, Our company representative can meet, assist and transfer you to your pre booked hotel in Leh. Take rest of the day free to acclimatize to the high altitude of Ladakh. Dinner at hotel in Leh. Overnight stay.

Today after breakfast drive to Alchi. On the way visit Magnetic Hill, Gurudwara Patthar Sahib, Confluence of Zanskar and Indus. Visit Alchi Monastery and back to Leh. Simply before reaching Leh visit Ladakh Hall of fame. Arrive edifice in Leh for dinner and nightlong.

MAGNETIC HILL: Challenging the Law of gravity. This place is on the brink of the Gurdwara Shri Patthar Sahib. It’s been detected that once a vehicle is patked on neutral gear on this metallic road the vehicle slides up-hill that is the Believe it or not of Ladakh!

GURDWARA SHRI PATTHAR SAHIB: The Shrine mentioned as Gurdwara Patthar SAHIB is set regarding twenty five kms. Short of  Leh city on the Leh-Srinagar road. In-built the everlasting memory of Shri Guru Nanak Deve Ji the great prophet who consecrated the place by his sacred visit throughout the year 1517 whereas on his second missionary tour (2nd Udassi 1515-1518). The Guru reached here via Nepal, Sikkim, Thibet Yarkand and Leh when having religious discourses with the sidhas at Mount geographic region (Central Himalayas).

On Capitol Hill topographies across the road, there won’t to live a wicked demon that terrorized the folks of the area. Their miseries increased day by day. As their miseries became intolerable they prayed for divine facilitate. it's aforesaid that the good Guru detected their woes and came to their rescue. The Guru settled down on the bank of the stream flowing near. The folks searched for facilitate and therefore the Guru blessed the folks and have become very popular in the area.. The locals referred to as him as Guru Nanak Lama. The Demon got infuriated and commenced preparing to kill Guru Nanak.

One morning, once the Guru Nanak was meditation, he rolled down a giant boulder from the top with the aim of killing the Guru. however on the terribly bit of Guru's body, the solid rock molten like wax and Guru's back got embedded on that sort of a cushion. The Guru kept on sitting in meditation undisturbed. Thinking that the Guru should are killed, the demon came down though was taken aback on seeing the Guru in meditation, undisturbed.

With a rage of anger he tried to push the rock together with his right foot however the rock had already became like wax his foot additionally got embedded into it. On this, he completes his folly as compared to the religious power of the Great Guru. He fell on the feet of Guru and humbly prayed to be pardoned. The Guru suggested him to induce eliminate his wickedness and lead the lifetime of a altruist person, within the service of humanity. This modified the life kind of demon and he started serving the folks. The Guru there when continued  his Holy journey towards Srinagar and Kashmir area via Kargil.
The boulder having imprint of the Guru's back is lying within the Gurdwara to the current day.

CONFLUENCE OF THE ZANSKAR & INDUS: On way to Sham vale before Nimu village one will have this splendid vision of two rivers in wed-lock! In seasons they need totally different colors and flow and wildness.

ALCHI GOMPA: seventy Kms from Leh, on the banks of the Indus, is that the Alchi Gompa qualitative  analysis one thousand years back. one in every of its walls options thousands of miniature sized images of Gautama Buddha. 3 massive sized images made from clay and decorated bright are its focal attractions. No longer an active religious center, it's taken care of by monks from the Liker monastery. this is often the sole monastery amongst thirty four monasteries, that isn't placed on a hilltop.

LADAKH HALL OF FAME: The Hall of Fame is a wonderful museum created by the Indian Army. It’s worth a visit for each national. you'll see the record, eminent defense personalities with biographies, pictures and  weapons used throughout the Kargil and alternative key strategic battles fought in Ladakh.  And belongings of the enemy troopers found at war site. The entire martyr and also the gallantry awards…

“Here’s one thing that you simply are proud with our defense personnel who sacrificed themselves in order that we might live in peace.”

Today after breakfast drive to to Pangong Lake on the Indo China border. Evening back to hotel in Leh for dinner and overnight.
THE PANGONG LAKE : This route takes the visitor past the picturesque villages and turns off the Indus valley by the side valley of Chemrey and Sakti. The Ladakh range is crossed by the Chang-la (18,000 feet / 5,475 M) which despite its great elevation is one of the easier passes, remaining open for much of the year even in winter, apart from periods of actual snowfall. Tangse, just beyond the foot of the pass, has an ancient temple.

But the main attraction of this circuit is the Pangong Lake, situated at 14,000 feet (4,267 M). A long narrow basin of inland drainage, hardly six to seven kilometers at its widest point to which foreigners are permitted, is only some seven km along the southern shore from the head of the lake, but it affords spectacular views of the mountains of the Changchenmo range to the north, their reflection shimmering in the ever-changing blues and greens of the lakes brackish water. Above Spangmik are the glacier and snow-capped peaks of the Pangong range.

After breakfast prepare yourself for the decisive adventure of your life. We are going to drive upto the Kardungla Top to possess a superb view of the encircling valleys. Once spending some time there return to Leh for local touring of Shankar, Shanti Stupa, Leh Palace. Dinner and nightlong at the hotel in Leh.

KHARDUNGLA PASS: The road expedition to Nubra valley leads through Khardung La pass (The highest Motorable road within the world) 18,390 ft. about thirty-nine Kms. away from Leh. There are 2 barriers on the each side of the pass. Khardongla is that the 1st village of Nubra valley at higher elevation than Deskit and another villages.

SANKAR GOMPA & VILLAGE: a comparatively trendy monastery, it's closely related to the Spituk monastery and served because the residence of the late head priest-Kushak Bakula. variety of gold icons are to be found here.
SHANTI STUPA (Japanese Peace Pagoda): Shanti Stupa/Japanese peace temple is built by a Japanese religious group headed by Head monk Nakamura with the assistance from the group and local folks. it's settled at a hill high in Cahngspa village providing a bird eye view of the Leh city and also the adjoining mountain peaks. Architecturally it's the japanese bit with  clean rooms on the aspect for meditators and also the main Japanese shrine at the entrance.

LEH PALACE: The Namgyal Tsemo (victory Peak) was built by King Tashi Namgyal once the reunion of higher and lower Ladakh and victory over Hor and their bodies are placed below a picture of Mahakala, the guardian deities to prevent more invasion of Hor. The Leh palace referred to as 'Lechen Palkhar' was built by Singay Namgyal around within the starting of seventeenth Century A.D. The nine-storied palace is currently deserted, and also the ASI (Archeological Survey Of India) has obsessed the renovation work.

Leave on time for Leh airport to board your flight to back home.

Cost based on 06 people traveling togather.

Accommodation in Standard room at :  04 Nights stay at specified hotels in Leh

Transportation by 01 NAC Scorpio / Xylo / Qualis (as per availability) for sightseeing as per the itinerary.

Driver com assistance at the airport while arriving and departing.

THE QUOTATION DOES NOT INCLUDE

Any monastery entrance fees, Any Joy ride or rafting.

Medical expenses (apart from first aid) and insurance of any kind.

Transportation is not on disposal basis. It is strictly as per the programme, any extra running will be charges extra.

Any expenses arising out of unforeseen circumstances like flight delay / cancellation / hike in fare, strike, curfew or any other natural calamities (like: road block) or any emergency evacuation expenses. If there is any changes in itinerary due to the above circumstance, guest will have to pay directly over there as per uses.

There is no refund if the tour not complete due to reason of any natural calamities.

Any other item not mentioned in the cost includes section.

** Below 3 yrs child is not recommendable for Ladakh**

** Do not take Alcohol on First Day of Arrival**

50% on the time of Confirmation.

30 Days prior to date of arrival – full refund

Within 29 Days there will be 01 night retention.

Below 07 days No refund for cancellation or after starting of the tour.

All the arrangements for the tour are preplanned and prepaid. In case of not completion of the tour due to any reason whatsoever there will not be any refund for any unutilized services. Any extra expense due any alteration has to be paid extra.

Children below 5 years of age are allowed to stay free with parents without extra bed.

Children between 5 – 12 years have to take an extra bed at the prescribed rate.

02nd child between 5 – 12 years sharing parent's bed have to pay extra for Meals only. 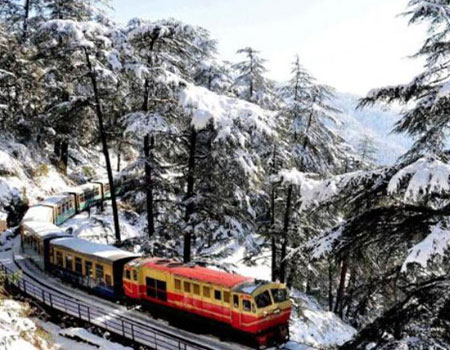 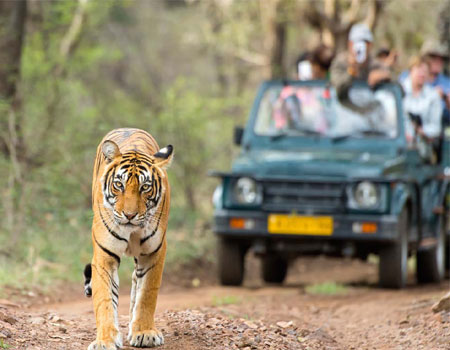 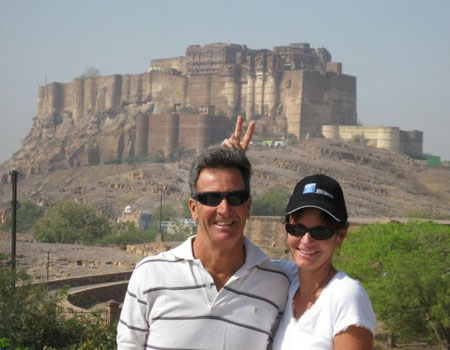 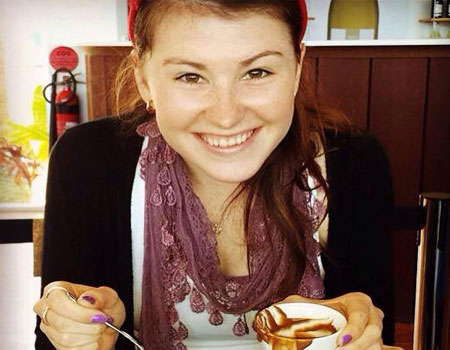